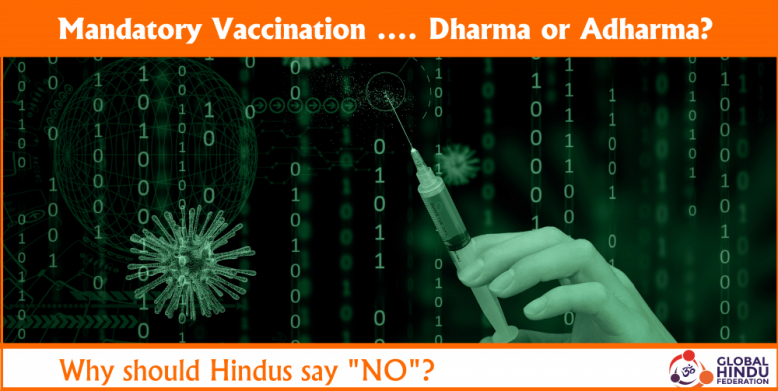 A Hindu is one who considers themselves to be a member of any of the Sanatana Vedic Dharma traditions and may include those self-identifying as Hindus, Sikhs, Buddhists and Jains, according to their free will. The use of the word “Hindu” in the following statement accords to this meaning.

It is possible that Governments may seek to impose Mandatory Vaccination in the near future but such a draconian step must not be taken without adequate consultation and consideration.

GHF has been asked for guidance on both Vaccination and Mandatory Vaccinations and having consulted and referred to both Scripture and Respected Swami's, we are publishing the following document for consideration. This document has been provided to Government advisors and community leaders already but we would love to hear your opinions on this issue. If you would like to see the full Advisory note please click the button below.

A selection of key statements from relevant Hindu sacred scriptures, religious beliefs and understandings are presented to support the position.