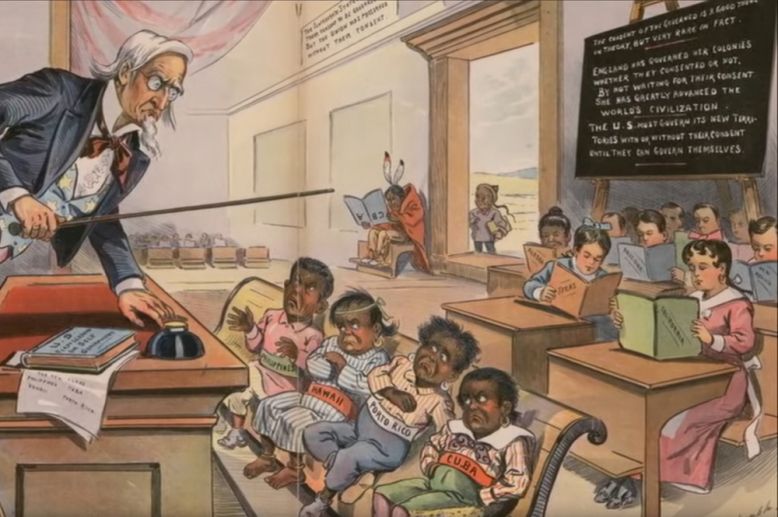 Religious conversion is a widely discussed topic in the Indian media these days. Its about time that the Hindu Diaspora came to an understanding as to the intention and cost to humanity of this supremacist ideology.

Evangelism is nothing more than the White supremacists Colonialist urge to erase diversity, hiding behind the cassocks and crosses. Its a crime against human diversity, an erasure of human heritage and experience and is no less demonic than the Nazi holocaust.

The world's religions can be categorically said to be either aggressive or nonaggressive. Each religion has a certain promise in the form of an ultimate goal. Their faithful people try to live the prescribed life and reach the promised goal. Neither they nor their clergy are out to bring the people of other religions to their flock. Zorastrians follow their religious tradition without attempting to convert anybody to their religion. This is true with the followers of the Jewish tradition, Vedic religion (now known as Hinduism), Shintoism, Taoism and the many other religions of various tribes in the world. I call these religious traditions nonaggressive because they do not believe in aggressive conversion.

Then there are religions like Christianity, whose theologies, containing a number of basic nonverifiable beliefs, advocate conversion. Evangelism and proselytization are sacred commitments of the entire cadre of the highly organized clergy. The clergy-inspired laity are not any less committed to conversion. They are zealous in their mission of preaching and conversion. In their zeal, the end more often than not justifies the means. From the days of the Inquisition, every attempt recorded in history to stop their program of conversion only stoked their flame of zeal.

As a result, many religions with their unique cultures have disappeared, leaving behind only mammoth relics, like the ones in Greece and Mexico. The loss of such great living cultures of the world is the mark of success for the zealous of the aggressive religions. The truth is that where there should be a sense of guilt and remorse, there is a sense of achievement and pride. Many leaders of nonaggressive traditions think that the charity of the missionaries is designed to neutralize any protest from the native religious community. One cannot totally dismiss their thinking.

Religious conversion by missionary activity remains an act of violence. It is an act of violence because it hurts deeply, not only the other members of the family of the converted, but the entire community that comes to know of it. One is connected to various persons in one's world. The religious person in every individual is the innermost, inasmuch as he or she is connected to a force beyond the empirical. The religious person is connected only to the force beyond he has now accepted. That is the reason why the hurt caused by religion can turn into violence. That is why a religious belief can motivate a missionary to be a martyr. When the hurt of the religious becomes acute, it explodes into violence. Conversion is violence. It generates violence.